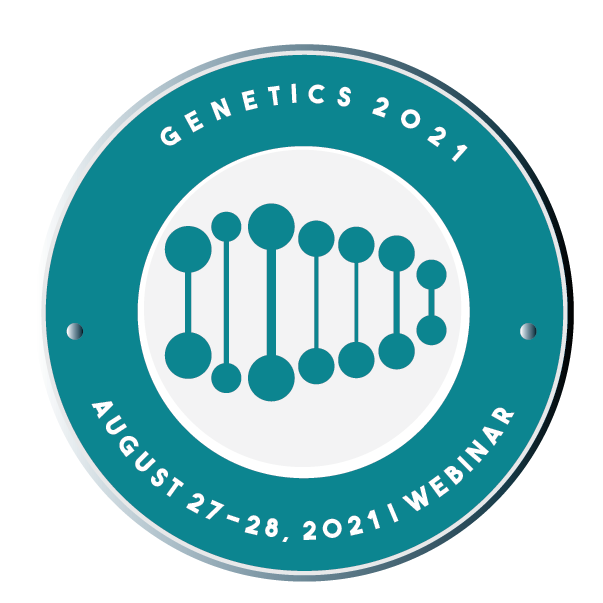 Theme: Perspective towards the modern automation in genetics

Register & Be a Speaker

With the immense support of Organizing Committee, we successfully hosted the 3rd International conference on Human genetics and Genetic disorders on June 28, 2021 as a webinar.

This event proves an integration of incomparable speakers who enlightened the group with their information and confabulated on numerous new-fangled topics associated with the sphere of Genetics.We express our gratitude towards those who helped this conference to be a successful one. We are very thankful to all the attendee’s delegates, keynote speakers, plenary speakers, business partners, poster presenter, moderators, chair and co-chair from around the globe.

We are very delighted to bring it to your notice that the next series of “Human Genetics” is going to be held on August 27, 2021 a Webinar.

PULSUS Conferences take an honour and pleasure in welcoming the participants for the 4th International conference on Human genetics and Genetic disorders sheduled on August 27, 2021 as a webinar.

We take an immense step towards the Human Genetics 2021 in gathering the scientific professionals to the spell binding occasion.

The conference revolves around the theme, “Perspective towards the modern automation in genetics” to promote the world’s famous scientific professionals in the specialization of Human genetics, Molecular genetics, Genomics, Gene mutation, Clinical genetics, and hereditary disorders.

Human genetics 2021 is a right set of circumstances to outstretch the convergence of the partaker across the world. Let’s merge, conduct demonstration, transfer and associate with the latest technologist to investigate the subjects of Human genetics and curative measures for genetic disorders, which gives a best impression with new drug innovations, developments and receive name recognition and certificates by our world class prestigious committee members at these two days. The world’s prestigious speakers, recent methodologies, progress and notification in Human genetics and its related discussions are the trademarks of the conference.

Join us with the Human genetics 2021, the remarkable pact to amalgamate the worldwide eminent industrialists and scholars in the field of Human genetics, Gene therapy, Cytogenetic and more,..

Human genetics 2021 gives gracious salutations to attend the International Conference on Human genetics and genetic disorders eventuated on August 27, 2021 based on the theme Perspective towards the modern automation in genetics. Human genetics will offer an idea to the participants about the innovative strategies and convictions in the medicament and research ideologies of genetic engineering and medical genetics put forward by the leading genetic professionals

Human genetics 2021 unite scientific professionals that have an update for various fields of Human genetics and Genetic disorders. The target speakers will include genetic counsellor, Healthcare scientist in genomics, pharmacologists, Genetic epidemiologists, Geneticists, CEO’s, directors, vice president, co-executives, managing directors, scientists in the field of genetic engineering and students from the respective fields.

Career pathway for the primary researchers and students

Complete manifesto for the global networking

Widen the specifics and discover solutions to the issues

Recognition, touchstone and networking at one place

Meet academia and trade visionaries to get galvanized

The healthcare sector consists of businesses that provide medical services, manufacture medical equipment or drugs, provide medical insurance, or otherwise facilitate the provision of healthcare to patients. conomically, healthcare markets are marked by a few distinct factors. Government intervention in healthcare markets and activities is pervasive, in part due to some of these economic factors. Demand for healthcare services is highly price inelastic. Consumers and producers face inherent uncertainties regarding needs, outcomes, and the costs of services. Patients, providers, and other industry players possess widely asymmetric information and principal-agent problems are ubiquitous. The healthcare sector contains a diverse array of industries, with activities ranging from research to manufacturing to facilities management.

Human genetics deals with the examination of the inheritance that occurs in the human beings.  The recent research in human genetics is on untangling the roots of lung cancer. The genomic and host factor that drive the progression of pre-invasive lesions in non-small cell lung cancer. On results of whole-exome sequencing of pre invasive lesions and LUADs the mutation burden increases as lesions in the airway progress from AAH to invasive disease.

Molecular Genetics deals with the evaluation of the structure and function of genes at a molecular level, it engages with the mechanism of both molecular biology and genetics. The recent development is based on the DNA, as a biological lens. It’s a new research in cell describes the technique of DNA microscopy, where the images of the spatial distribution of cell biomolecules are generated without direct visualization, by using DNA sequencing.

Researches that are carried under the medical genetics are based on the evolution that made the humans ‘fat’. In this research human fat is collected and compared with other primitives and analysed for good or bad fat. As Medical genetics implies on the conclusion and the administration of the hereditary disorders. Genetic medicine consolidates in the sphere such as gene therapy, personalized medicine and in predictive medicine.

Clinical genetics deals with the proper dealing of rare disorders. The clinical genetic necessitate some customary formula. They are like clinical history taking, physical examination, genetic testing, genetic counselling, performing skin biopsies, taking clinical snapshots, using computerised databases. The trending news is the discovery and validation of methylated-differentially expressed genes in helicobacter pylori that are induced o gastric cancer and new genetic cause for the infertility in male. Several diagnostic tests have been performed in few male and their parents for the comparison of the parental DNA with that of the offspring for the identification of the novo mutation.

The scientific field concerned with the statistical method for the purpose of drawing inferences from genetic data. The statistical genetics is the developing field commonly used in the context of human genetics. The recent development in statistical genetics is the exploration of gene modules in single cell RNA- seq data by a tool MTGO-SC, which is the key step in the identification of the functional modules in gene interaction network for understanding biological process.

Heredity is built on the foundation of genes. They are passed on from one generation to the next. They contain DNA, which contains the instructions for producing proteins. In cells, proteins do most of the job. They transport molecules from one location to another, build structures, break down toxins, and perform a variety of other maintenance tasks. Single-gene disorders, in which a mutation affects only one gene, are one of three forms of genetic disorders. One example is sickle cell anaemia. Chromosomal disorders are conditions in which chromosomes (or portions of chromosomes) are absent or altered. The structures that house our genes are known as chromosomes. Down syndrome is a chromosomal disorder. Complex disorders, where there are mutations in two or more genes. Often your lifestyle and environment also play a role. Colon cancer is an example.

Mutation is the modification of the nucleotide sequence 0f the genome of an organism, virus or extra chromosomal DNA. The trending immunodeficiency diseases which have been caused by genetic mutation are identified by the researchers. The researchers investigated that the infants were suffering from inflammatory bowel disease. The mutation meant in this disease is that the natural killer cells were incapable of maturing properly and decrease in immune cells.

Gene mapping identifies the location of the gene and the distance between the genes. The genetic map can be built by the development of the genetic markers and a mapping population. The recent research is based on the Reconstructing recent population history while mapping rare variants using haplotypes. The haplotype- based method is to characterize the in observed rare variants and map disease that is associated with alleles. Recently by using inflammatory bowel disease mapping two rare IBD haplotypes enriched with asthma patients has been identified.

DNA, a double helix structured that is coiled around each other which are composed of two chains of molecules to carry genetic instruction for the development and growth of organisms. But recently a new DNA structure inside the human cell known as “i-motif” has been found by the scientists, it resembles like a knot of DNA. The researchers are going on to identify the function of the new DNA, the suspect it would be used for reading DNA sequences.

Gene therapy is the curative conveyance of nucleic acid into patient’s cells s drug to nurse disorders. Bone marrow transplantation and organ transplantation in general have been inaugurated to launch foreign DNA into patients. The researchers came up with success in gene therapy by small clinical trials, that it can safely correct the immune systems of infants, diagnosed with rare life- threatening disorders. X-linked severe combined immunodeficiency that affects the children received an experimental gene therapy, which shows that there is improvement in immune system and were growing normally up to 2 years.

Helping the couples, families, and an individual to understand their inherited genetic condition to make health decisions are proposed by Genetic counsellor. Properly trained in medical genetics which is a recent threat for genetic defect causing intellectual disability is been found. X –linked syndrome intellectual disability occurs by the genetic mutation that is being carried and passed by the unaffected females to their offspring but interesting note is that the symptoms are observed in male like behavioural issues, small average brains and testes.

As known cytogenetic deals with chromosomal structure, location of gene on chromosomes and chromosomal behaviour in cell division. The cytogenetic reviews in on-going chromosomal instability and karyotype evolution in human colorectal cancer organoids and evaluation of DNA interaction, genotoxicity and oxidative stress induced by iron oxide nanoparticles both in investor and in vivo, since iron particles are known to induce cytotoxicity in various cancer cell lines through generation of reactive oxygen species.

Plant genetics deals with heredity in plants, specifically mechanisms of hereditary transmission and variation of inherited characteristics. Plant genetics differs from animal genetics in a number of ways: somatic mutations can contribute to the germ line more easily as flowers develop at the end of branches composed of somatic cells; polyploidy is more common; and plants additionally contain chloroplastic DNA.

Global genetic market is expecting a healthy growth at a CAGR of 11.5% during the forecast period of (2017-2026). It is to be noticed that the global genetic market has accounted for $7749.00 million in 2017 and is expected to reach &25948.46 million by 2026 growing at a CAGR of 14.37%during the forecast period. The Europe is one of the successful managements in Human genetics next to U.S. Europe has the significant rise in the Human genetics market. The estimation will reach the valuation of USD2253.10Mn by the end of 2023.

America is the largest market for its colossal growth of Human genetics. The U.S Human genetics market is assured to reach the USD 19.99 Billion in 2023, growing at a CAGR of 9.9%during the forecast period.

A PHP Error was encountered

A PHP Error was encountered

To Collaborate Scientific Professionals around the World 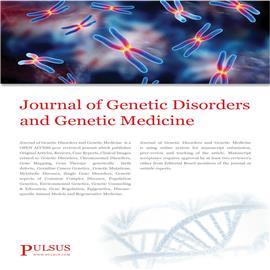 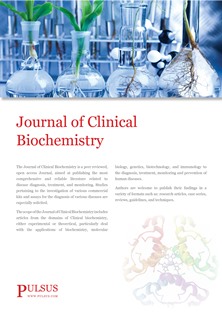